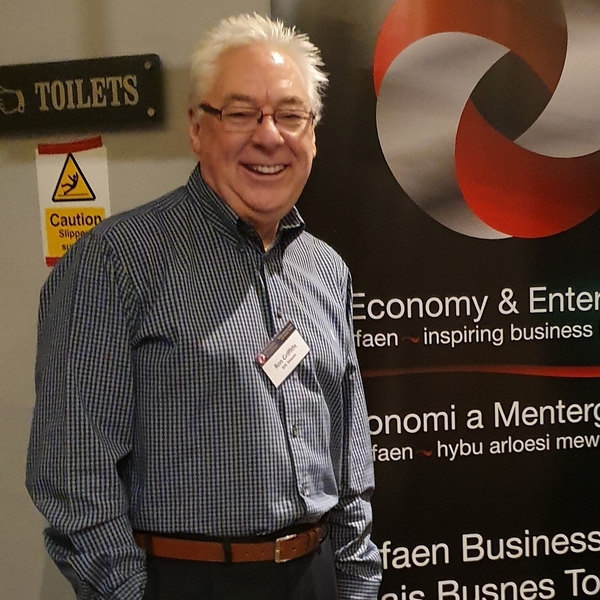 Lessons to Learn from a Telecom Titan

Ron Griffiths, the founding director of RPS Telecom, is retiring on May 28, 2021. Ron's career has spanned more than three decades in the tech and telecommunications industry. He is regarded as one of Wales’ foremost experts in all facets of telecom solutions. In his time with RPS, Ron led the company to become a nationally recognised leader in converging technology and telephony business solutions. It now operates as a national carrier and leading provider of VoIP telecom solutions and support services for business customers nationwide. Ron shared some lessons he learned during his decades-long career, which can help both employees and leaders as they try to navigate the changing business landscape.

You Must Take Time Off from Work


As a young boy growing up in Newbridge, son of an English mum from Malvern and a heritage of coal miners, it was my mum who encouraged my education and work ethic as she strived to do two jobs. She ran a home, always ensuring that she was there for our small family. My father's influence was a very different one. Every year, he insisted we had two weeks' holiday during the miner's fortnight – the last week of July – the first week of August. We never travelled abroad. We didn't have a car, but we always managed to get away to places such as Torbay, Isle of Wight, Blackpool and more often Butlins. This influenced my passion for travel. Nowadays, we plan to spend 2-3 holidays and weekends away. Taking time off is absolutely critical for everyone, especially if you work in a high-pressure job, such as running a company where you're accountable for people's welfare.

Have a People-First Culture 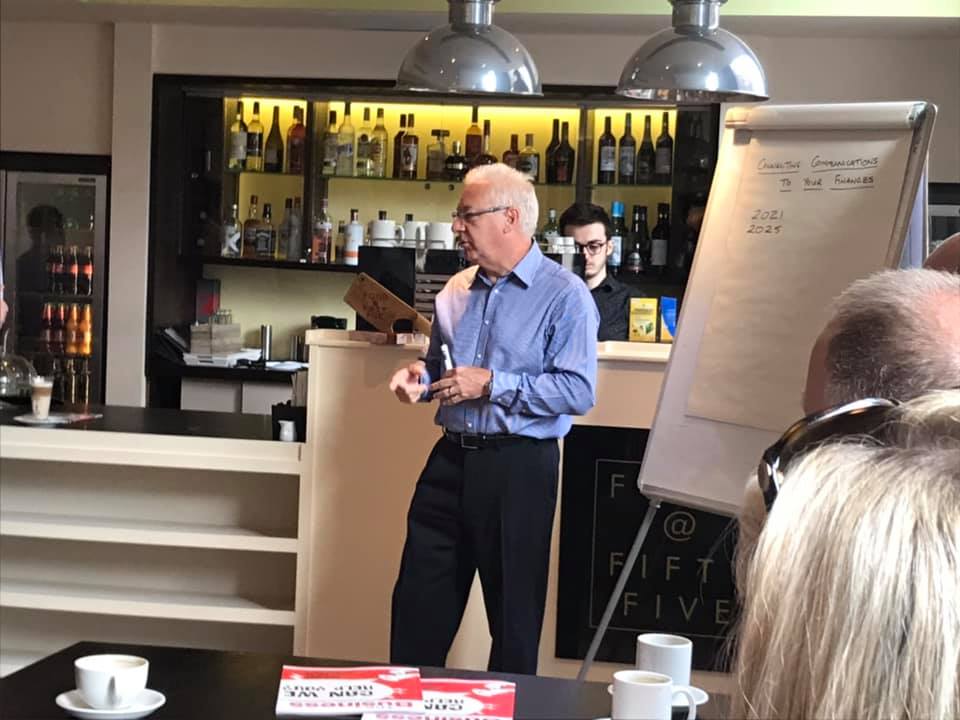 In 1977, I became a technician at IBM's manufacturing site in Havant, Hampshire. IBM was a great company to work for during the 70s/80s. Some of its management policies still stick with me today. They had, for example, a single-status mindset where everyone was treated the same. During those days, 'shop floor' workers would typically be 'clocked' in via a mechanical device that recorded arrival and departure times, including lunch breaks. Those restrictions, however, did not apply to 'office' staff, who would sign in on their own, as they were trusted more than the general workforce.

At IBM, however, everyone signed themselves in and recorded their arrival and departure times, a sign that everyone was trusted. Other things they established included no specially designated parking spaces for the management. Whoever was first to arrive got the spaces nearest the door. They also had two induction days when you joined, explaining the company values, direction, and philosophy. On the second day, all new starters received an envelope containing a pay rise letter. When you're just 20 years old, this was great psychology. I learned here that supporting your staff was critical in achieving outstanding performance. You worked hard, but there were good rewards not just in salary but benefits, too.

A few years later, I joined Autophon, later Ascom, a company based in St Mellons, Wales. This move had a few career-changing aspects, allowing me to gain outstanding leadership and senior management experience. I joined the company as the test development engineer and progressed quickly to run the department, reporting directly to the Managing Director Graham Burke, a key mentor in developing my leadership skills. With a long history in the telecommunications industry, Graham had a genuine approach and connection with the staff, teaching me a lot about how to treat people. He would wander along the production line, making small talk with the operatives. This helped him gain enormous knowledge to take back to the boardroom. He never managed me. He inspired me, setting out his vision and supporting me at critical moments, especially as a relatively young manager when invited to board meetings. "Ron, you have great integrity," Graham once told me, "Never lose it. It's your strength." I hope I've lived with that mantra through the rest of my career. Sadly, Graham passed away a few years ago, but the attendance and respect at his funeral were beautiful to see. 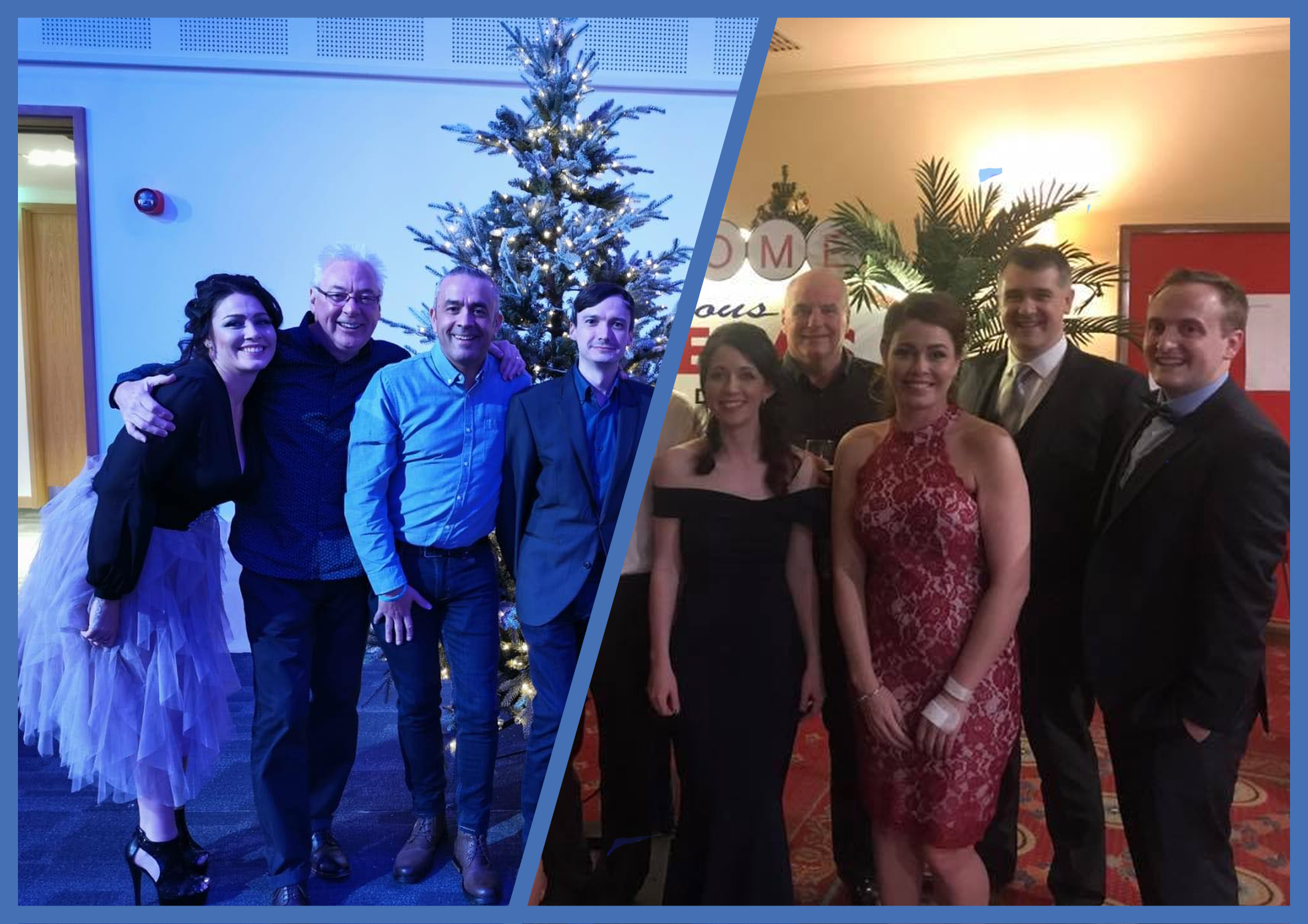 Then, I joined AT&T (UK), the company is called AVAYA today, where I spent ten years first as director of UK Operations for their Business Systems Division and finally as the country's managing director. When I took over this role I wanted a vision for the next four years. "200M IN THE YEAR 2000," I wrote on a whiteboard without giving prior notice to the senior staff. I called it a BAG – Big Audacious Goal. A few jaw-dropping expressions around the table, as we had no idea how to achieve the BAG. We also didn't keep this ambition to ourselves. At the first all-employee meeting, we shared it with all, explaining that everyone had a role to play in achieving it. Our collective mentality gave rise to my definition of teamwork: individual accountability + joint ownership.

In this role, I felt it critical to be visible and accessible to anyone in the business. I introduced an open-door policy, allowing anyone to knock on my door if they wanted to talk to me. I'd randomly walk through the various departments, talking with individuals to get a sense of their well-being and how they felt things were going. This was also extended to the remote sites where I'd travel the day before and invite three staff members, irrespective of grade, to join me for breakfast. In later years, this became 'Coffee with Ron' chats at RPS. Everyone worked extremely hard for the cause, and ideas kept flooding in. This focus, along with the combination of open-mindedness, teamwork, recognition and reward, and a vision to aim for, resulted in us delivering $220M in 2000.

We Started RPS From Garages

In 2004, Steve Thomas, Paul Davies and I founded RPS Telecom Ltd. Initially, we started it with servers residing in garages and attics, some free software, and a determination to succeed. It has now grown to where we are today as RPS Telecom with our dedicated network, thousands of users, a profitable business with great cash flow and a team of dedicated individuals committed to ensuring the business continues to prosper. This culminated in 2018 when RPS won a highly commended award from the Internet Telephony Services Providers Association (ITSPA) for "The Best Business ITSP" (up to £2M turnover).

To say it's been a great pleasure over the last 16 years working at RPS would be an understatement, competing with the challenges of delivering telecommunications solutions. The key to our success is no doubt that we laid out a set of values at the beginning, which we have not diverted from. Our ambition was to equip our people with all-round business knowledge. We gave our employees the authority and freedom to get on with their roles whilst supporting them with direction, leadership, and a vision for employees to collectively aspire to. Setting a clear vision for the company combined with values, a roadmap, and an effective marketing strategy helps us ensure a bright future.
I feel the values we have embedded in the individuals, and their passion for the company's success, means I know it's in safe hands, and the key to expansion will be recruiting people with the same mindset. Natalie Strange, our operations manager, will step up to the position of General Manager. With years of experience, I have no doubt that she will become a first-class leader over the next few years. 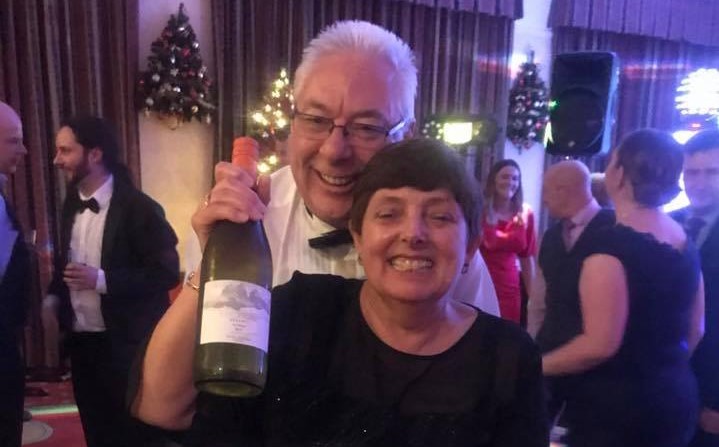 What's next For Ron?

Travel will be a big element of retirement for me and my wonderful wife Judith. We're looking forward to being able just to pack up and go at any time to faraway regions of South America, the Far East, and parts of Europe that we're yet to explore. I'd also like to publish my leadership experiences in a book.